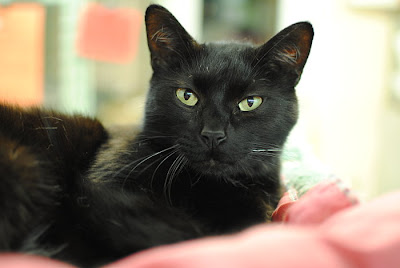 When Luigi first came to the RAPS sanctuary, he was living in the front courtyard area. He had what Leslie describes as "a water fetish," delighting in splashing his paws in the large water dishes set out for the cats. When he'd had enough, he'd wander off to use a litter box, resulting in so much of the clumping litter stuck to his legs that staff would have to step in. I hear the trips to the sink to wash all the litter out of his fur and from between his toes were a delight for all involved... Not so much.

These days Luigi has moved from the front yard to the back. He had apparently campaigned so much to get into this area that had been previously barred to him that staff eventually decided to give in and let him have his way. He can often be found on a comfy perch in the doublewide where he can easily attract the attention of passersby when he's in the mood for a cuddle.

Give him a little of the requested attention and you'll be rewarded with not only some quality cuddles in return, but an impressive repertoire of upside down and sideways cat poses that can be highly entertaining. 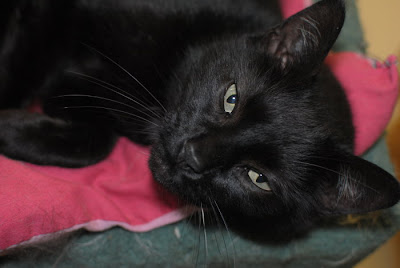 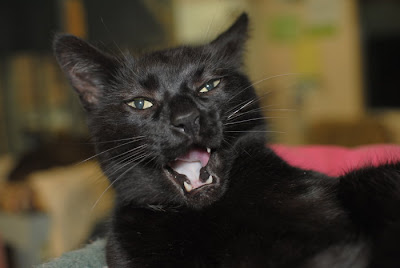 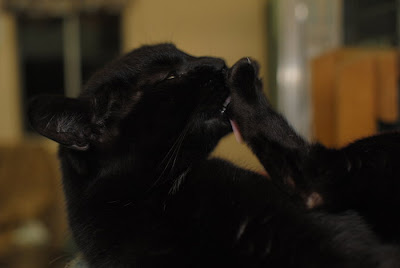 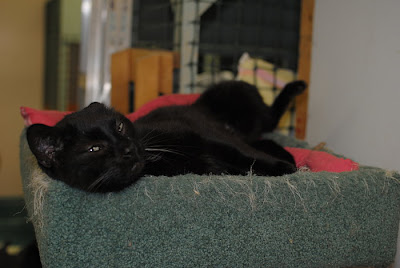 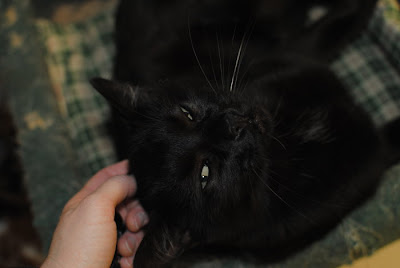