In Praise of Older Cats

On New Year’s Eve, we’ll probably sing, or at least hear, Robbie Burns’ poem “Auld Lang Syne”, which begins with “Should auld acquaintance be forgot and never brought to mind?”  It may make us think fondly of old friends, and perhaps a grandparent or elderly neighbour who’s enjoying their golden years.
There are societies that venerate the wisdom of their senior citizens but sadly this devotion doesn’t always include the family pet.   It can be difficult and expensive to continue to give an older cat the love and care it deserves and, like older humans who’re past their prime, old cats are sometimes turned over to the care of others.   Worse, an old cat may just be abandoned to the streets, where it no longer is able to fend for itself.  Staff and volunteers at RAPS’ Cat Sanctuary are most most likely the last family these old darlings will ever have so we give them as much love and comfort as we possibly can to make up for the trauma of losing “their people” and their familiar surroundings.  We love being able to do this for them!  After all, like many older humans, senior cats have an abundance of personality and character.  If only they could talk and tell us of the adventures they’ve had in some of their previous lives – remember, cats have nine lives and we know the exciting ways in which some cats have used up a few of them.
Most of our older cats live in the Moore House, known fondly as the GeriCatrics, where a quieter life and less stress suits their occasionally cranky ways.  But many of the cats at RAPS’ Cat Sanctuary have been there a long time and were adults when they first arrived so they’re getting on in years. Siblings Kiddie and Sadie are among the original residents, having arrived as youngsters, so we know that they’re at least sixteen or seventeen years old now. They certainly don’t look it but they have been slowing down a bit these days, no longer tearing around at top speed as they did in their prime.
Everyone keeps a special eye on our senior cats for anything that might indicate failing health or discomfort.  For example, they can easily become dehydrated and require regular sub-cutaneous fluid replacement.  Pretty blue-eyed Skye in the Single-Wide is one of these – she gets the restorative fluid and then lots of cuddles and ear rubs.
Sometimes, during the cold weather,  a cozy sweater will be provided for the skinny cats or ones whose fur is a bit thin.  Here’s old Fitz, in New Aids, relaxing in his preppy sweater.
Mikey, who’s almost entirely blind, is allowed to spend most of his time safely inside the Animal Care Staff room, being spoiled with special food and attention there.  The rest of the time, he happily but slowly walks around the areas that he’s familiar with.
For cats who are already senior citizens when they come to us, there’s a whole building set aside just for them: the Moore House.  It’s a quiet area, away from the comings and goings of the larger areas and not open to visitors.  Here, the old darlings can snooze on the softest beds or bask on the sunny deck, where they can watch the action on the nearby bird feeders.  Frail little Noni spends most of her day relaxing in “her” favourite spot in here.
Despite their sometimes ragged appearance, older cats are able to enjoy life to the fullest at the Cat Sanctuary.   Here, these “auld” friends are cherished, and not forgot.   Happy New Year to all!!

Meowy Catmas to Everyone!

Preparation for Christmas runs apace at home for staff and volunteers alike. Occasionally it edges over into the Sanctuary - decorations have appeared in the courtyard and there is a Christmas tree (out of paw-reach) between the gates that lead through to the back.
But for the most part, the cats are supremely indifferent to the human concerns - that is, until Michele turns up with her camera and seasonal props.

Then Debbie gets Diamond and Garfield involved...

﻿
﻿
What they're waiting for, of course, is the turkey treats that their devoted slaves bring them for Christmas.  Almost worth getting dressed up for!

From all at the Cat Sanctuary:
WE WISH YOU A MEOWY CATMAS AND A PURRY NEW YEAR!


Blog by Brigid Coult
Photos by Debbie Wolanski and Michele Wright
Posted by The Neko Files at 1:05 PM No comments:

A new look at some favourites

﻿
Ann, one of our Kitty Comforters, visits regularly on a Sunday afternoon with her two daughters, Ava and Selena. Both girls have a magic touch with cats.   Imagine my delight when some new pictures arrived in my inbox – Selena has a magic touch with a pencil too! 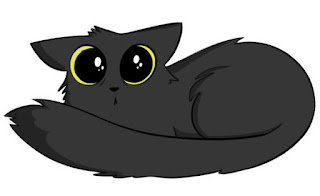 ﻿
Selena says:
“I can only come on Sundays because I work during the week but I wish I could come to the sanctuary more often. It's my favourite place to be besides my own home!! My absolute favourite cat there is Puffin, he's perfect and beautiful and I love him...and my other favourite is Dirky. I sponsor both of them! 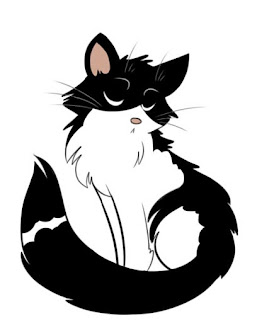 Other friends I love are Daisy, Yoda, Darwin, Renee, Peppercorn, and Dell! 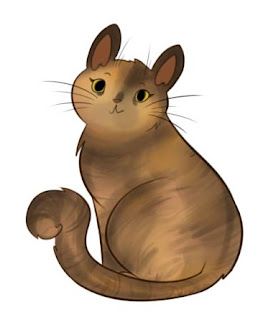 I have two cats at home, Zoe and Oreo, and they are both great!! I've wanted to draw some of the cats for a while now but I wanted to practice a bit since I don't draw animals often. :) 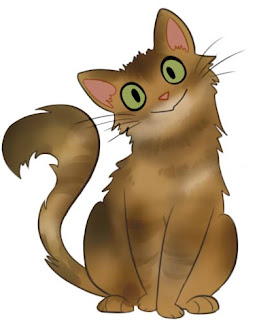 The 6 cats that I drew are all favourites of my family!” 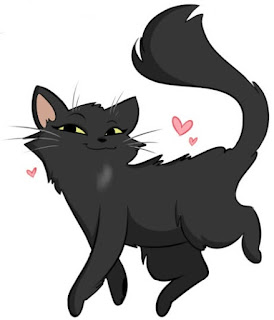 When these pictures started going the rounds there was instant interest in matching image with original – and it was surprisingly easy!  Selena’s pictures are so full of the personality of her models. 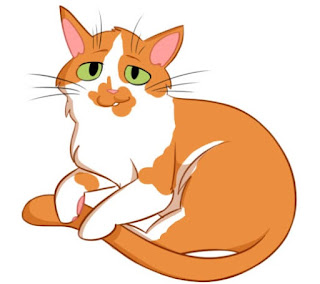 We’ll look forward to seeing what else will come from her talented fingers! 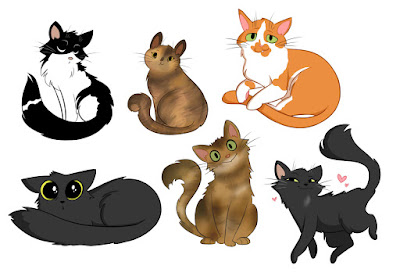 Black cat syndrome - or not?

﻿
One of my favourite jobs around the Sanctuary is taking new Sunday visitors around and introducing them to some of my favourite cats.  Frankly, I’m sometimes better with cat names than I am with people names, but I often hear comments about “how do you remember all those cats?”. A big part of it for me was this blog – Claire began volunteering at the Sanctuary shortly before I did, and she made a project of blogging about three cats a week. I was a regular Neko blog reader, and an increasingly frequent volunteer, and the two habits introduced me to many feline friends.

But one thing that people find surprising is the ability to identify the many black cats. There is a thing called “black dog syndrome” which describes the way big black dogs are often passed over for adoption at shelters. To some extent that’s also true for black cats – people don't see past the black fur to the personality;  and then there’s the superstition angle (though in some cultures, black cats are actually lucky!).  But it certainly explains why we have a fair number of black cats around the Sanctuary.
To a certain extent, where the cat is may tell you who it is.  Big furry Bear lives in the small Leukemia area, and he’s the only black cat there, so it’s easy to pick him out.  Belinda (photo above) is a regular member of the dryer cuddle-puddle in the Single-Wide.
Mikey is our only blind cat; he came to us with some degree of sight, but an infection left him without vision. He has taken the med-cage as his sanctuary, but regularly makes his way out into the back pens where he can curl up and ignore the other cats.
Deety can hardly be missed by visitors to the double-wide; he has his own place on the shelf next to the refrigerator. For some years he rarely moved from it, but threatening arthritis made Catherine start him on an exercise program (taking him to the far end of the Sanctuary and making him walk back), and he can now be found out and about quite often (though he still needs to be lifted back to his perch.
It’s in the back courtyard that our biggest concentration of black cats tends to gather, and one has to be observant of quirks in facial structure or fur quality to be able to tell them apart.  Skinny Skouch is an easy cat to ID, and so is tubby Sid, trundling between visits to his friend Pancake on the double-wide deck and life in the open air.  Sweet Kilmer, with his somewhat bewildered air, is identifiable as our black Manx; Kenya has recovered from vestibular disease, but has a permanent head-tilt.
﻿
But there are several cats who take careful examination to make sure you have the right name.  Colin, Luigi, Mistletoe, CIL (named for the paint facility where he was found), Poosie, Ninja – all look fairly similar at first sight, and need careful checking. But once you’ve identified the cat, all the little quirks of behaviour start showing themselves, and the personalities blossom.

Colin is a feeding-time boy, a leg-rubber and a prancer when cans are being opened. Look for the lynx-tips on his ears. Friendly CIL has the same broad face as wary Mistletoe, but you can feel the difference in their coats.
Luigi sports one white whisker, and a little coloured marking in his right iris. Poosie has amazing dark pupils to her eyes, rather like Deety – and an intense dislike of other cats. Sweet Ninja is also a cat who walks by himself, but in a nice way; he has the softest coat and the most luxuriant tail for a short-haired cat – and true to his name, he loves rapid movement and can sometimes be found sprinting up the back courtyard to the tree.
It’s sad when potential adopters at a shelter can’t look past the “black cat” label to discover the shades of personality that we are able to enjoy here at the Sanctuary.
Blog by Brigid Coult
Photos by Brigid Coult, Phaedra Hardman & Michele Wright