Jellybean came to RAPS as a feral cat and for a long time didn't want to have anything to do with humans. After losing a good deal of her sight, though, we became a bit harder to avoid.

Jellybean still manages to get around the doublewide, snoozing in various spots on shelves or high up on top of the cages. I first got to know her a little when Leslie asked me to start giving her a plate of her own at dinner time because it wasn't as easy for her to go and get wet food from one of the big plates we put out. Jellybean accepted my food offering, but clearly wasn't comfortable with any contact, so I didn't push it. 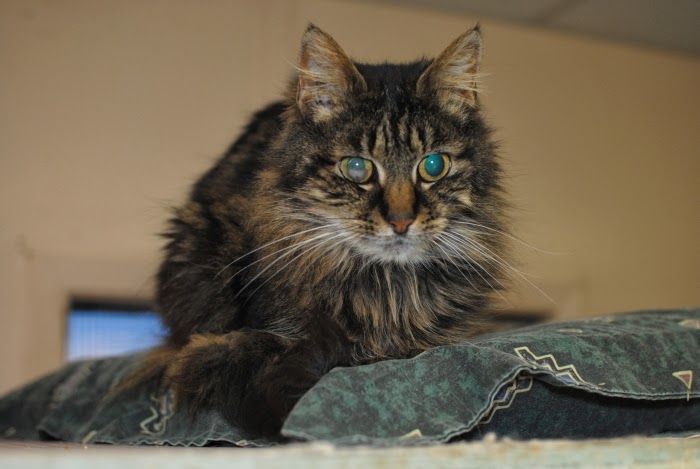 It's only fairly recently that I tried again to reach out and touch and discovered that Jellybean has gotten more comfortable with the idea. These days she often sits on top of the cages, and so if I want her to actually get more than a few bites of her individual serving of wet food before other cats move in and eat it right out from under her, I have to stand guard until she's had her fill. This has led to experimental patting, stroking, and even a few forehead bonks. And before I knew it, we'd gone from Jellybean wanting nothing to do with me to Leslie calling her my new best friend. 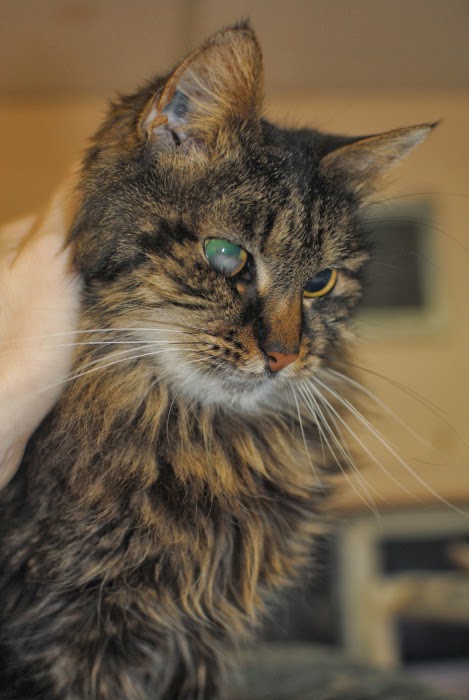 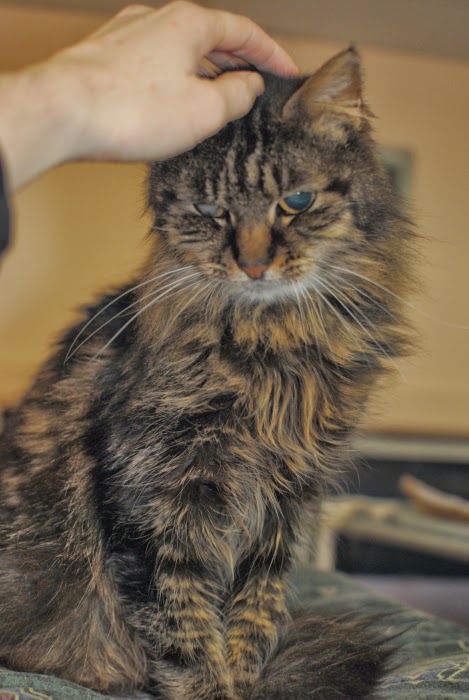 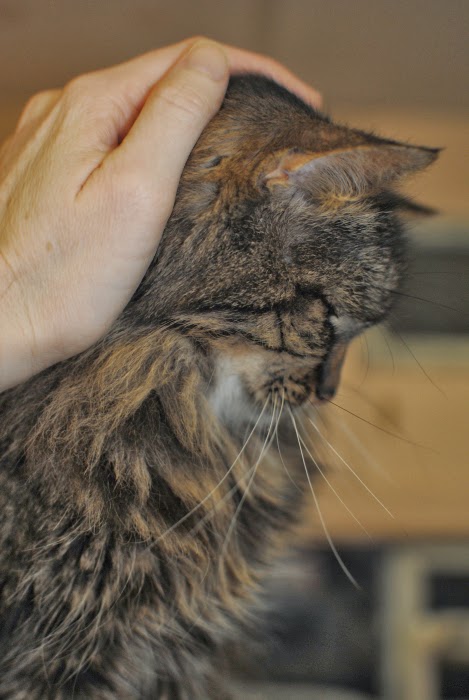 Email ThisBlogThis!Share to TwitterShare to FacebookShare to Pinterest
Labels: Jellybean

When I posted about Jody back in February of 2010, she was known for loving humans (particularly ones who will rub faces with her and receive kitty kisses) and being annoyed by other cats. 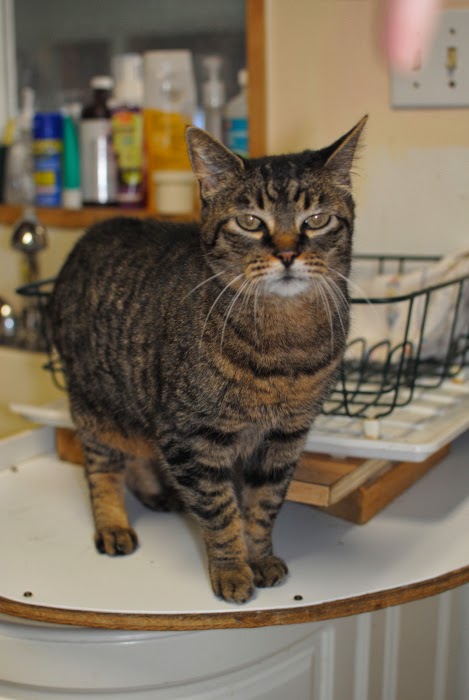 Not much has changed. She's still living at the sanctuary, and she still loves giving kisses and the odd love bite. I've tried presenting her with something seemingly non-biteable like my forehead to give her kisses to, but if given enough time she generally tries giving one of my eyebrows an affectionate nibble.

This past Monday night was all about hand kisses. 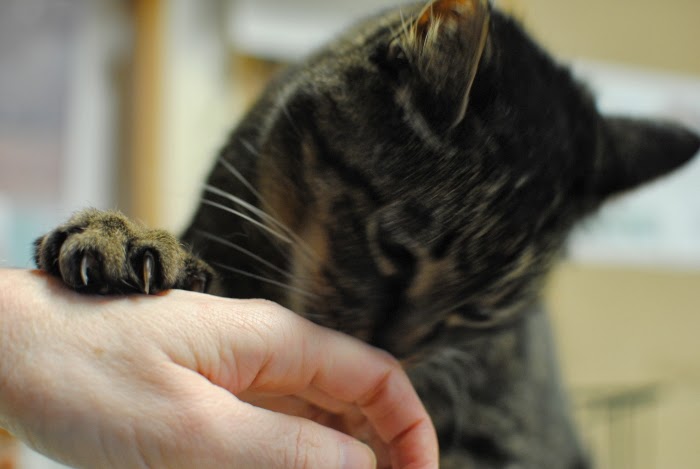 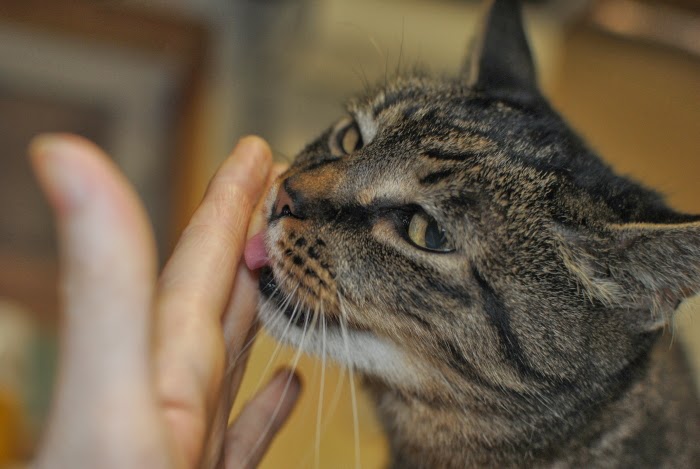 Email ThisBlogThis!Share to TwitterShare to FacebookShare to Pinterest
Labels: Jody 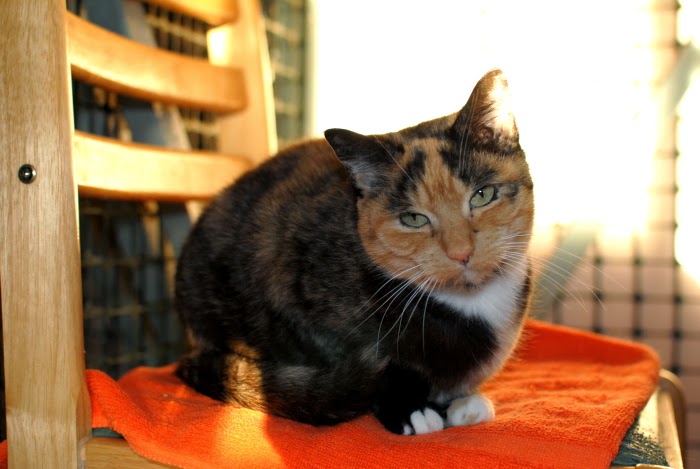 When I posted about Little Lizzie in July 2012, she was one of our look-but-don't-touch kitties. And even looking at this pretty girl (who came to us as a wild kitten) would often set her to flight.

As sometimes happens, though, time spent in a cage for some special treatment (in both the medical and the cuddles & extra-tasty food sense), gave her a chance to get to know the med staff at the sanctuary and learn that humans could actually be rather nice. Now she's out of her cage but has opted to stick around where she can continue to receive attention from her human friends.

When Leslie showed me the tortie cat parading around for attention, I asked her how long Little Lizzie was likely to keep it up. Leslie said she could keep it up all day. Indeed, as long as Leslie stayed in sight, it only took a glance to get Little Lizzie preening and dancing around in search of pats. 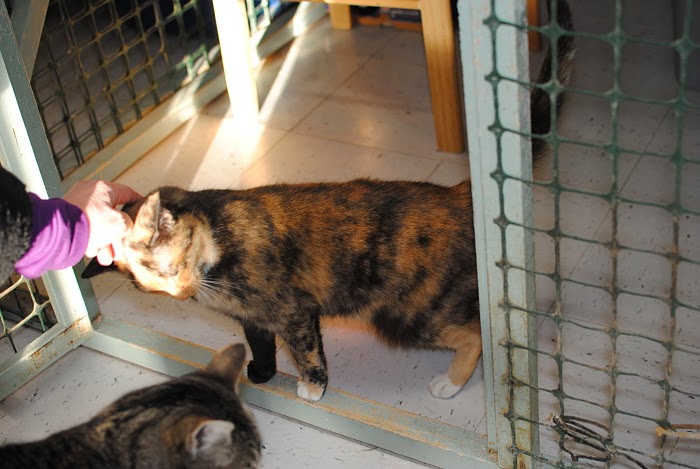 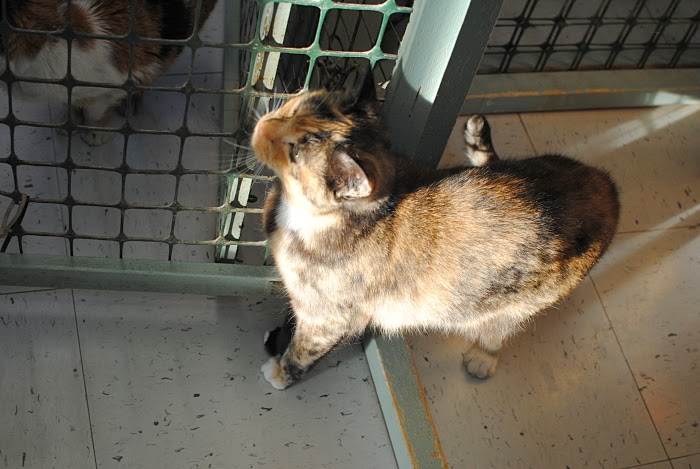 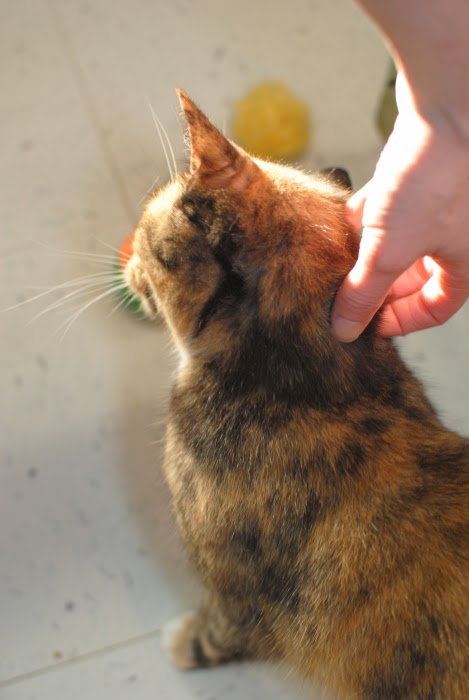