Mario is a “cat magnet” according to the RAPS sanctuary website… and just about everybody else. Fittingly, his feature in The Love Blog is titled Everyone Loves Mario. 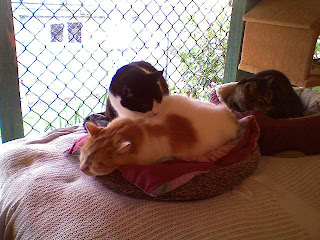 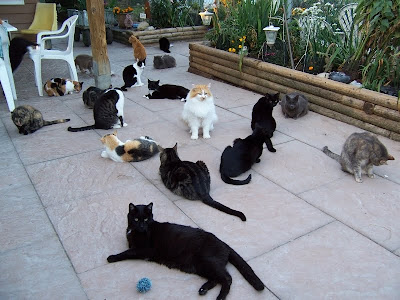 Mario is famously popular among the other cats and is rarely seen without at least a couple representatives of his entourage of adoring fans. They trail around after him as he makes his rounds and cuddle up against him when he’s in repose. Sometimes it can be hard to get a good picture of him as this or that admirer runs into the shot, joyfully offering up a rear end for his inspection. 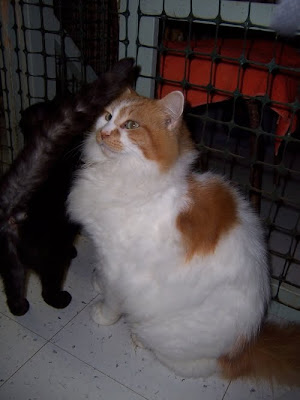 Mario takes all this with good grace. 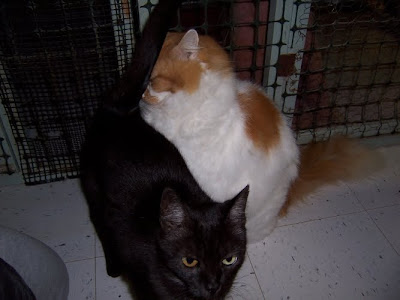 I don’t know who Mario considers to be his number one fan, but as far as we’re concerned, this would have to be Howie. 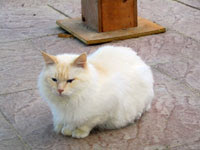 Howie was brought in as a feral adult and angrily resisted any and all human efforts to befriend him. Then he met Mario and became one of his most devoted followers… literally. He would follow him everywhere. The big fluffy love guru worked his mysterious magic and slowly but surely tamed Howie, who now welcomes human contact and will even seek out a lap now and again.


A responsible leader, Mario doesn’t forget to look after his fans: when Howie was on meds a little while back and had to stay in a cage, Mario would ask to be let into the cage as well and site with him to to keep him company.

Mario enjoys a little attention from his human friends too, though you have to be willing to work around his busy celebrity schedule. 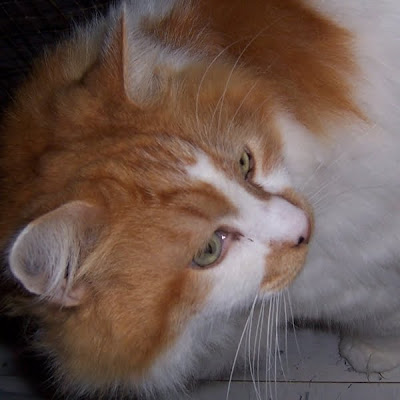 Knowing all this about him, I was surprised to read in The Love Blog that he was quite a shy boy when he was first brought in after being trapped along with more than a dozen other cats living in an alley in East Vancouver. According to Leslie, “…we saw his potential and kept him indoors, rather than relaeasing him into one of the rear yards. It didn’t take him long to relax and accept his new home, and to become one of our most famous Romeos.”
Posted by Claire at 7:35 AM

Email ThisBlogThis!Share to TwitterShare to FacebookShare to Pinterest
Labels: Mario