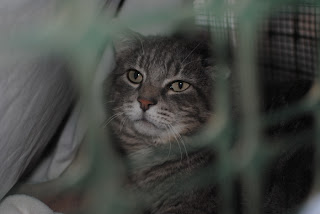 Bossanova photographed from the safety of neighbour Meepos's cage

Even after the "animal care staff only" sign came off his cage, Bossanova was one of the few newcomers I've ever felt nervous about approaching to so much as refresh his water or top up his kibble. He wouldn't even give me a chance to open the door before he'd start glaring and hissing. I heard talk of him lunging at people. 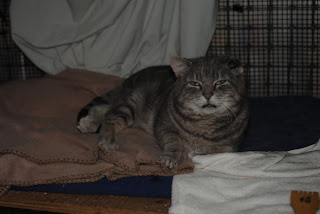 And then recently I started to hear that he'd had his chin successfully rubbed from a safe distance with the help of a back scratcher. And then Ann shocked me by claiming that if approached slowly, he not only could be patted with bare fingers but actually liked tummy rubs.

I wasn't entirely convinced I'd be able to safely replicate her results, but Bossanova himself convinced me that it was entirely possible. He even let me document the process. 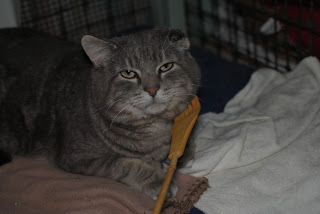 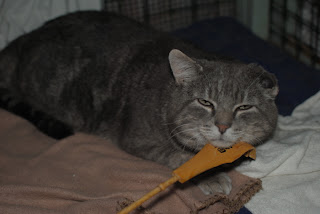 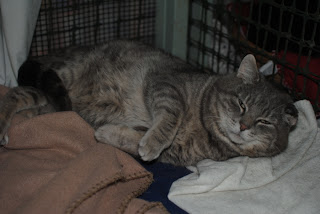 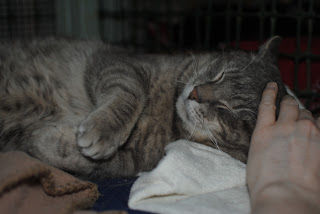 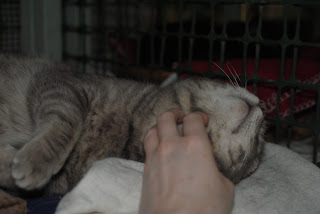